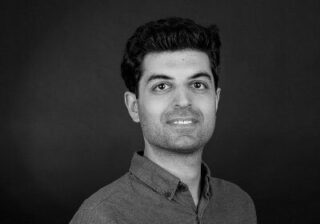 “An ethnographic perspective in my research field pertains to understand the individual’s thoughts and ideals in political structures and their social contexts. Oftentimes these structures and contexts receive more attention than the individual,” says political scientist Ali Sonay. He is a postdoctoral researcher at the University of Basel Department of Social Sciences’ Program in Near and Middle Eastern Studies. Ali is a productive researcher currently working on a paper on Algerian protests based on visual analysis of humour. He is also in the editorial team of a special issue of Kebikec on Ottoman newspapers in different languages including Arabic and planned for next year in Summer. He has a wide range of interests from social movement dynamics to but for our blog, we talked to him about his research on media for our series Media Ethnographer.

I studied Political Science as my major subject, minor subjects were Islamic Studies and Economics in Germany, at the Friedrich–Alexander University Erlangen–Nürnberg. Magister, or combining different disciplines, was possible back then. So, from the beginning, I had an interdisciplinary approach in my studies. Still, the focus was Political Science, and I continued with that focus also in my PhD, which was about social movements in Egypt in the course of the revolutions and was not yet media-oriented. Although analysis of social media discussions mattered, they were not in focus.

After the PhD, I joined the University of Cambridge, with a research project specifically on media with three case studies on Turkey, Morocco and Tunisia. Al-Jazeera funded it, so there was a direct link to a media institution, which was interested in academic research, and particularly ethnographic research. There I had the opportunity to focus on media studies, discussions and questions. I enjoyed this combination and pursue media research until today.

It was an independent project. We were free to pick up topics that we want to deal with in our research projects. In each of the three countries, we were five to six researchers who were supposed to contribute to the topic. But we were ultimately funded by the Al-Jazeera Media Corporation and specifically by the Al-Jazeera Centre for Studies, an academic unit in the overall network.

I have to say that analyzing radio was new to me; I never had radio research before. The questions I asked myself turned automatically anthropological in nature. During the fieldwork period I had in Egypt for my PhD, I did a lot of interviews with political activists, I recognized the importance of subjective processes of decision making and of an anthropological approach to political questions, which was not prominent until Arab Spring. I continued with this approach when analyzing radio because the question was what radio technology, which used to be controlled by the state (and was partly in the process of liberalization), does to listeners. This question requires to be in the field and meet the people. It was not a deliberate methodological choice, but my questions led me to the anthropological approach.

The initial plan was to continue working with younger generations, so I did not plan to work with taxi drivers. But during research meetings, my colleagues offered this idea, and I found it logical because they listen to the radio all day. I was interested in what they listen to and what not: their listening motivations. What they listen to alone can be different from what they listen to with their guests in the cab, their customers. A couple of times when I was in conversation with the driver, guests also joined the discussions, and we talked about which radio station is better and why. It was a space where these questions could be understood better. Obviously, taxi drivers are composed of a particular segment of society, and this is a limitation. Still, we were the first group making a research on this topic in Morocco, and I think it was a wise methodological choice back then. It had its difficulties, of course, especially in terms of building trust. I speak Arabic but not Moroccan dialect. A particular way of asking “how are you” is different, for instance. When I use Syrian or Egyptian dialect, it puts the entire conversation on a different level in terms of the trust. But I had an advantage: They admire Turkey and whatever is related to Turkey like soap operas. They immediately trusted me when they learned that I speak Turkish and have a Turkish background, surprisingly.

This was also a very interesting research, and first of all, it was my first time in Konya! Because I’ve never been there, and I was very curious about that place. I was shaped by the discourse of Anatolian Tigers, which is mentioned in the literature. Also, academic discussions on secularisation and (re)Islamisation in Turkey were concentrated on biggest hubs, like Ankara and Istanbul, and why there is consent to the AKP in Central Anatolia was a sideliner. In the end, I spent some time in Eskişehir, Ankara, Kayseri and Konya. The article you mention is based on the data collected in Konya, where I could reach some media stations through media scholars I knew and worked hard to persuade them. I focused on the commercialization process and how a business expands through media ownership – apparently, without so many listeners. The dilemma that Tuğal pointed out helped me to understand this process. I was also expecting that polarization in media is transferable to the local media too. However, I observed that people with different ideological orientations join their forces. For example, they all come together to pressure RTÜK (Radio and Television Supreme Council) because they have face legal uncertainties, mainly about obtaining and renewing licenses. It was interesting to see that there is room for acting together when they have the same problems.

I will use ethnographic approach, definitely. However, I should say that I am still at the beginning of my research. My main question is why these Turkish series are popular in territories which were once controlled by the Ottoman Empire. One of the classic examples is Diriliş Ertuğrul, where a founding figure of the empire is represented as an Islamic hero. Well, I want to travel to Jordan, Palestine, where the series is popular. I want to talk to people and organize focus groups too this time. Because of C19, however, I should rethink my methodological framework. Series are available online on YouTube with Arabic subtitles. Maybe I can consider online ethnography.

Although it is not recent research, I was really inspired by Charles Hirschkind’s The Ethical Soundscape.[4] It is a foundational ethnographic work on the Middle East. Hirschkind`s book was formative for me in two ways. First, it fostered my understanding of the media’s role in constituting publics and counterpublics. Since the book focuses on the act of listening (which is not that common in media research as the analysis of print media for instance) to sermons and the individual motivations involved, it was crucial in the course of preparing my ethnographic study on listening to radio in Morocco. Second, the book gives in addition insight into bodily effects listening may cause. Due to my interest in Sufism, it was very illuminating to see how the cassettes sermons could trigger these effects also in Muslim communities beyond Sufism. 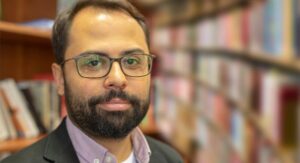 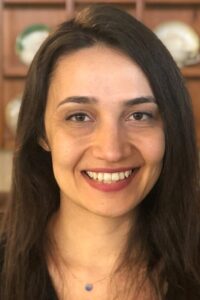 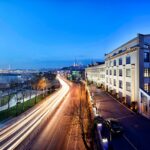 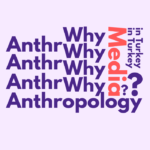 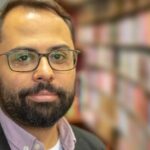 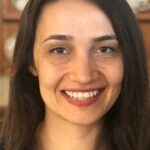 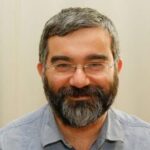 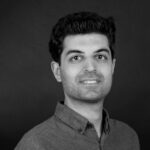